More than 20 years ago then Attorney General Janet Reno said, “Microsoft is unlawfully taking advantage of its Windows monopoly to protect and extend that monopoly.” That preceded the government’s successful antitrust prosecution against the company. Today the Trump administration is using the Microsoft playbook and similar antitrust arguments under the Sherman Act [1] against Google.

Following a roughly 16-month investigation, the Department of Justice (DOJ) and 11 state Attorney’s General filed a long-awaited but reportedly hurried [2] antitrust suit against Google, alleging a variety of monopolistic and anticompetitive practices. In a press release [3] , U.S. Attorney General Barr likened Google to the old Microsoft:

Twenty-five years ago, the Department of Justice sued Microsoft, paving the way for a new wave of innovative tech companies – including Google.  The increased competition following the Microsoft case enabled Google to grow from a small start-up to an Internet behemoth.  Unfortunately, once Google itself gained dominance, it resorted to the same anticompetitive playbook.  If we let Google continue its anticompetitive ways, we will lose the next wave of innovators and Americans may never get to benefit from the “next Google.”  The time has come to restore competition to this vital industry.

The filing comes two weeks after the House Subcommittee on Antitrust issued a report [4] characterizing Google as a system of “interlocking monopolies.” That report also issued critical findings on Facebook, Apple and Amazon, which have not (yet) been sued by the government.

Google reacted [5] to the DOJ lawsuit by calling it “deeply flawed” and arguing it “would do nothing to help consumers.” Google’s SVP of Global Affairs Kent Walker says in a blog post, “People don’t use Google because they have to, they use it because they choose to.” The company also argues that if the litigation succeeds, it could “prop up lower-quality search alternatives, raise phone prices, and make it harder for people to get the search services they want to use.” In other words, rather than relieving consumer harm it would cause harm.

The nearly 60-page complaint essentially focuses on and repeats the following arguments:

The complaint discusses the Apple-Google search relationship at length. It presents intriguing but unattributed factoids such as, “Google estimates that, in 2019, almost 50 percent of its search traffic originated on Apple devices.” The complaint also does a very deep dive into the varieties of Android contracts and how they allegedly use a mixture of “carrots and sticks” to help Google maintain control over the open-source Android ecosystem.

“Google’s anticompetitive acts have had harmful effects on competition and consumers,” the complaint recites. Speaking yesterday on a call with journalists Google sought to contradict that claim, saying that the DOJ couldn’t point to any consumer harm at all.

Consumer harm (often in the form of increased prices) must be shown to prove a violation of the Sherman Act. The following are examples of Google’s harmful conduct, according to the government:

‘60% of product searches begin on Amazon’

A key question in the litigation is about the health and viability of competition in Google’s markets. Google has marginalized or neutralized it, claims the DOJ, citing Google’s search market share. But Google counters that the law isn’t for the benefit of competitors but consumers.

The DOJ argues that Google’s exclusionary contracts have helped lock up distribution and capture “nearly 90 percent of all general-search-engine queries in the United States, and almost 95 percent of queries on mobile devices.”

Google claims the DOJ is too narrowly focused on a few rivals: Bing, DuckDuckGo and Yahoo. Google says this is myopic and submits, in addition to “search engines,” it competes with many specialized sites such as Amazon, Yelp, Kayak and TripAdvisor. Google also mentions Pinterest as a competitor, among others. On its call with journalists, to show that Google isn’t always winning, the company referenced research showing that a majority (60%) of product searches begin on Amazon.

Yelp and Tripadvisor both issued statements supportive of the litigation [6] . Tripadvisor’s General Counsel Seth Kalvert said in email, “Google is leveraging its dominance in general search to divert unknowing consumers to its other businesses at the expense of competition . . . Quite simply, the charges brought today are a win for consumers. They provide the framework for meaningful action to stop Google from leveraging its gatekeeper position to benefit its owned services and increase its profits at the expense of competition and consumers.”

One of Yelp’s main complaints is that Google has been shifting traffic to its own vertical content and away from third party websites (i.e., Yelp). The DOJ complaint alleges, “Google has pushed the organic links further and further down the results page and featured more search advertising results and Google’s own vertical or specialized search offerings. This, in turn, has demoted organic links of third-party verticals, pushing these links “below-the-fold” (i.e., on the portion of the SERP that is visible only if the user scrolls down) and requiring them to buy more search advertising from Google to remain relevant.”

As with the market-scoping and consumer harm discussions, there are dueling characterizations of user sophistication and engagement. Google said that the “lawsuit insults Americans” because it portrays them as passive and unsophisticated, unable to make choices for themselves — simply using the default search engines or pre-installed apps on their devices.

Google cites statements from Apple executives about the quality of its search results to argue the Apple relationship is about delivering the best experience for users and not just pay to play. Google also points to Firefox’s 2014 default-search deal with Yahoo as evidence that consumers are affirmatively choosing it over other search providers: “When Yahoo! paid to be the default search engine in the Firefox browser, most people changed to their first choice—Google.”

The beginning of a long road ahead

The government is resurrecting the Microsoft playbook because it worked last time — although the ultimate settlement was a win for Microsoft. The cases aren’t 100% analogous but many of the contractual claims are similar.

The proposed remedy, before Microsoft settled, was to break the company in two. The DOJ in Google’s case has called for “structural relief,” among other things. This hypothetically could mean breaking up the company. But nowhere in the complaint did the DOJ discuss breaking Google up.

Google is projecting confidence that it will win outright in court. But the DOJ complaint is fairly persuasive and hints at some inconvenient evidence for Google in the form of its own internal emails and slides.

If Google genuinely believes the government has no case, it may be less inclined to settle and take its chances in court. If it does that it could be two years or more before any initial judgment, which might then be appealed. The potential change in administrations is also a wild card here. The Clinton administration initiated the Microsoft case, the Bush DOJ was less interested and settled it.

In terms of marketers’ day to day lives, there’s nothing right now to do or prepare for. It’s business as usual for the foreseeable future. Indeed, the stock market greeted the complaint with a collective shrug. And Google’s stock price even went up on the news that it was going to fight the action.

Optimizing the browser long tail across platforms, devices, and countries 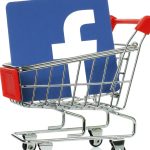