Consumers and app developers alike have been eagerly awaiting the widespread availability of 5G. Their wish came true in part when the White House [1] announced the DoD will “ relinquish 100MHz of 3.5GHz spectrum for commercial use, a process that will augment U.S. 5G networks over the next two years [2] .” In 2021, we can expect to see more mobile customers have access to 5G, which, in turn, means app developers can offer them cooler and faster apps, and enjoy a bit of success in the process.

Here are six trends you can expect to see as 5G covers the country.

Progressive content, phone and app virtualization, enabled by 5G, will ultimately allow people to use their phones as they always wished they could. Here’s the concept: Rather than load up an app onto a device all at once, progressive content loads bits and bytes as needed. The result is an experience that feels more like a desktop than a mobile phone (read: lightning fast!). Virtualization, meanwhile, stores apps and data in the cloud, not the device.  And as is the case with all things cloud, the result is a more seamless experience.

Mobile app developers stand to gain a lot with 5G. The ads that deliver the most bang for their buck — playable ads, videos, gamification — will load super fast, so users are less likely to click away from them. More than that, 5G will shorten the time it takes to install an app, lessening the chance of users abandoning it altogether (install abandonment, which can reach 80%, is the bane of the industry).

Successful monetization in the app world is largely driven by time spent inside of an app. The more pages a person views, the more ads they can be shown. When apps are slow to load and use, people get bored and move on, taking with them the app developer’s ability to earn money. In short: Faster speeds means more time spent in-app, which translates directly to more revenue.

Once 5G makes mobile phones as fast as broadband, that’s when consumers will begin to see all of the augmented reality, enhanced reality, and IoT they’ve been promised for so long. As TechRadar [3] wrote, “This synergy between AR and 5G will also expand the potential for remote control drone and robot operation through enhanced HUDs (Heads Up Displays) and improved haptic feedback. Indeed, this lofty concept of the so-called ‘Tactile Internet’ is expected to kickstart the fourth industrial revolution.”

Social Media Live has saved a lot of lives and held a lot of people accountable over the past few years. But the video feeds, stuffed through a 3G or 4G network, are super grainy. 5G will significantly up their quality, and we can probably expect to see a lot more people using it.

The number of companies and developers creating apps is likely to explode once 5G increases capacity and eliminates the latency woes of 3G and 4G. We’ll see a ton of AR games and wearables come to market. We’ll also see innovations in things like telemedicine, and a host of teleconferencing apps if 2021 sees another round of pandemic-induced lockdowns.

Combined, these developments will lay the groundwork for some pretty cool app experiences, as well as a burst of innovation for users, advertisers, and app developers alike. 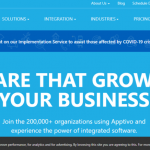 How to create a consistent omnichannel customer experience 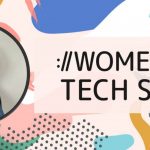