Reported losses of visibility have varied since Google’s change to limit the search queries [1] it reports to advertisers went into effect in September. A report [2] this week from performance agency Tinuiti, looking at dozens of large client accounts, found that there was “a significant drop” in the share of spend attributed to search queries across ad formats and device types.

There are several reasons why this change is a challenge for advertisers, and why it may be even more acute for advertisers in more niche markets. Google does not report search terms unless they have been searched by a “significant number of users” across Google as part of its privacy efforts. Advertisers operating in markets that naturally have lower search volumes may see less query data than those operating in mass markets with higher search volumes. (Note, that once a query does reach the significant threshold, Google will begin to include it in advertisers’ query reports going forward.)

Tinuiti concludes that the difference in cost per conversion for text ads “is likely due to mix differences in the types of queries still included in query reports” such as brand queries relative to non-brand queries. It’s also important to remember that higher cost per conversion does not necessarily mean lower customer value. You may be perfectly willing to pay a higher cost to acquire those customers if they buy more or buy higher margin items, for example. But having to analyze the impact without query data can feel like you’re flying blind with no ability to optimize for those queries that are and aren’t working.

With the continued expansion of close variants [3] , search term management has become a critical aspect of campaign management. Queries attributed as close variants accounted for 41% of exact match clicks in the second quarter of 2020 compared to just 12% in 2016, Tinuiti noted.

Search term management becomes more challenging, of course, when larger shares of queries aren’t reported. So we need to evolve our tactics for keeping poor matches at bay and take a pre-negating approach rather than adding negatives largely based on reported queries.

Of course, you’ll still want to keep a close eye on Search Terms reports, but to help reduce potential waste and expand your negative keyword lists in lieu of fuller query data, look to auto-suggestions, People Also Ask boxes and related searches in the search results and use keyword research tools to find close variants that are bad matches. Your Microsoft Advertising campaign query reports may also be able to fill in some gaps in Google Ads’ reporting, Tinuiti notes. You can then start building out evergreen lists of negatives that can be applied to new and existing campaigns or similar accounts. 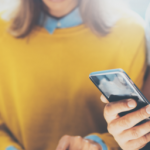 Four ways to test your marketing ideas instead of trusting blogs 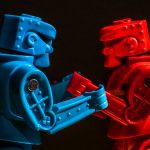 Presidential pollsters got it wrong, what are the implications for consumer research?