Social media companies have spent the last four years hoping and working to avoid a repeat of the 2016 election when Russian operatives used Twitter, Facebook, and other platforms [1] to further divide an already polarized American electorate. Tech leaders like Mark Zuckerberg said their companies worked hard to prevent external actors from influencing election outcomes this year, which was welcome news in most circles. But in light of President Trump’s refusal to accept the election outcome, Zuckerberg and his peers had to use the  contingency plans [2] put in place in case users tried to use their platforms to delegitimize election results. Beyond the inherent chaos of the election, marketers in 2020 also had to be sensitive to ongoing protests against racial injustice while grappling with life — and work — during a pandemic. Oh, and then there came the holiday season. The next few months will be critical for brands trying to rebound after two consecutive quarters of stagnant consumer demand in a chaotic digital media landscape.

At least one thing is clear: The ad-buying environment is unique. How should you approach this chaotic season?

There’s always a tsunami of ad buying in the months and weeks leading up to an election, and that was certainly true this year. In almost every other respect, however, there were some significant differences at play.

There was  more spending on ads [3]  in this election than any before it, and much of that spending was allocated to digital — more specifically, Facebook. However, since Twitter  banned political advertising outright [4]  and Google  imposed limitations [5]  on ad targeting, Facebook became the de facto digital battleground for campaign teams. Political spending has  never been higher [6]  on the platform, accounting for roughly  3% of total revenue [7]  on Facebook’s Q3 balance sheet.

That said, the social media giant imposed  new restrictions [8]  on ads to address public concerns about the election process. Facebook required all ads focused on social or political issues to be up and running before Oct. 27, with the intention of giving advertisers ample time to ensure the accuracy and visibility of all campaign messaging. During the last week before the election, advertisers could adjust bids, budgets, and targeting related to live campaigns — but they couldn’t launch new campaigns.

Media buyers have been competing with a lot of noise. It has forced them to get creative and lean on the wealth of knowledge they have about consumers to create original, flashy, engaging, and attention-grabbing content [9] that draws eyeballs.

The chaos of the presidential election wasn’t even the only factor impacting marketers. The COVID-19 pandemic has upended the media space (and life in general). As consumers have been forced to spend more time indoors and in front of their devices, advertisers [10] have ramped up digital ad spend to reach them. Not surprisingly, increased demand for digital ad space has made it most expensive to get messaging out to target audiences.

The media landscape will continue to change rapidly in the weeks ahead, so advertisers must tread carefully — especially as social climates continue to shift. While you don’t want to rush into any massive ad buys yet, you should get your ads in early to get a head start on the approval process (any ads shown on Facebook go through a  thorough review process [11] ) as the holiday season kicks in.

Note that holiday spending was expected to start  earlier this year [12] . Be strategic about your campaign creation and timing, ensuring that your budget, campaigns, and creatives are ready and approved for when the consumers are primed and in-market.

About  71% of senior marketers [13] plan to spend more time scrutinizing the language they use in ads moving forward, according to a September survey from Phrasee – most of those same respondents say the pandemic has amplified the importance of brand messaging. Your messaging should always be crafted with your audience in mind.

Due to unprecedented circumstances in nearly all facets of life, audiences are coping with heightened uncertainty and anxiety. Be mindful of that, avoiding any content that may be construed as politically, racially, or culturally charged. What if your brand has a personality that aligns with aggressive, provocative advertising? Tread lightly, avoiding anything that might put your brand in a negative light. For everyone else, now isn’t the best time to take risks.

Media buying has only gotten more strategically important in recent years. A chaotic point in history won’t change that, but it could create new pressures. Understand the contexts of the election, the pandemic, social unrest, and the holiday season as you strategize your media buying for the immediate future to protect your interests and share your message well.

Adam Ortman  is the director of innovation and technology at  Generator Media + Analytics , a fully integrated media agency. [14] [15]

体育平台app year in review 2020: COVID forces platforms to adapt their local and e-commerce offerings, and more 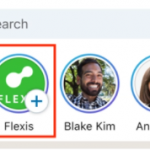