RankSense CEO Hamlet Batista, a mentor to many in the SEO community and someone fellow marketer Mike King called “the best of us[1],” died on Tuesday night, leaving those who knew him, admired him, learned from him and loved him, reeling from the loss.

Hamlet passed away after suffering from a case of COVID-19, Maura Loew, operations manager at RankSense, confirmed to Search Engine Land.

Hamlet’s contributions to our industry spanned numerous publications and conferences, including our own[2]. His drive to share his knowledge has been widely recognized, and applauded, by his peers.

“I’m a trained engineer, and we’re native problem solvers . . . Our calling is to fix stuff that we see is inefficient,” he said in a vlog with Barry Schwartz[3], providing us with a glimpse of what motivated him throughout his career. In the video, he also shares an anecdote about his son, and how the engineer’s mindset has been passed down to him as well.

From time to time, he would also share his personal achievements with the community. I distinctly recall when he earned his citizenship (which was exactly a year ago today[4]), and his excitement about participating in our democratic process for the first time. As a child of immigrants, I was proud to witness these moments, and Hamlet’s service to the industry continues to set an example for all of us, but especially people of color such as myself.

“The [SEO] community was incredibly important to him, and we’ve seen the outpouring from the community which tells me that the feeling was mutual,” Loew said, adding, “He always saw himself as part of that community and formed a lot of friends that way.”

Hamlet advocated for automation and helped raise awareness for Python’s potential applications in SEO. “Even though he’s been working on that for seven or eight years, maybe more, it’s only been the past year or two that he has been able to focus time on threading that message, and so he told me two years ago that he was going to start a movement of automation in SEO and Python in SEO and he did,” Loew said, “I can’t give him all the credit, there’s been many people contributing but . . . RankSense as a company, our app is related to that, but that’s sort of part of his vision.”

His reputation in the community runs parallel with what he is known for as a leader. “Hamlet brings to SEO a thoughtfulness, an analytical nature and even a scientific approach, and that is what he has taught all of us, every person on his team, to follow in his example,” said Loew, adding that he also cared about all of his employees, both as people and professionally. “He was a wonderful leader and he will be truly missed,” she said.

Those who would like to help support Hamlet’s family during this difficult time can do so via the GoFundMe campaign[5] organized by his close friend and fellow community member Lily Ray. All donations will go directly to Hamlet’s family.

To date, the coronavirus pandemic has claimed nearly 430,000 lives in the U.S. alone. 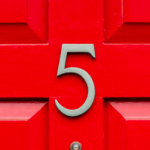 Five hacks to enhance your organic CTR and rankings in SERPs