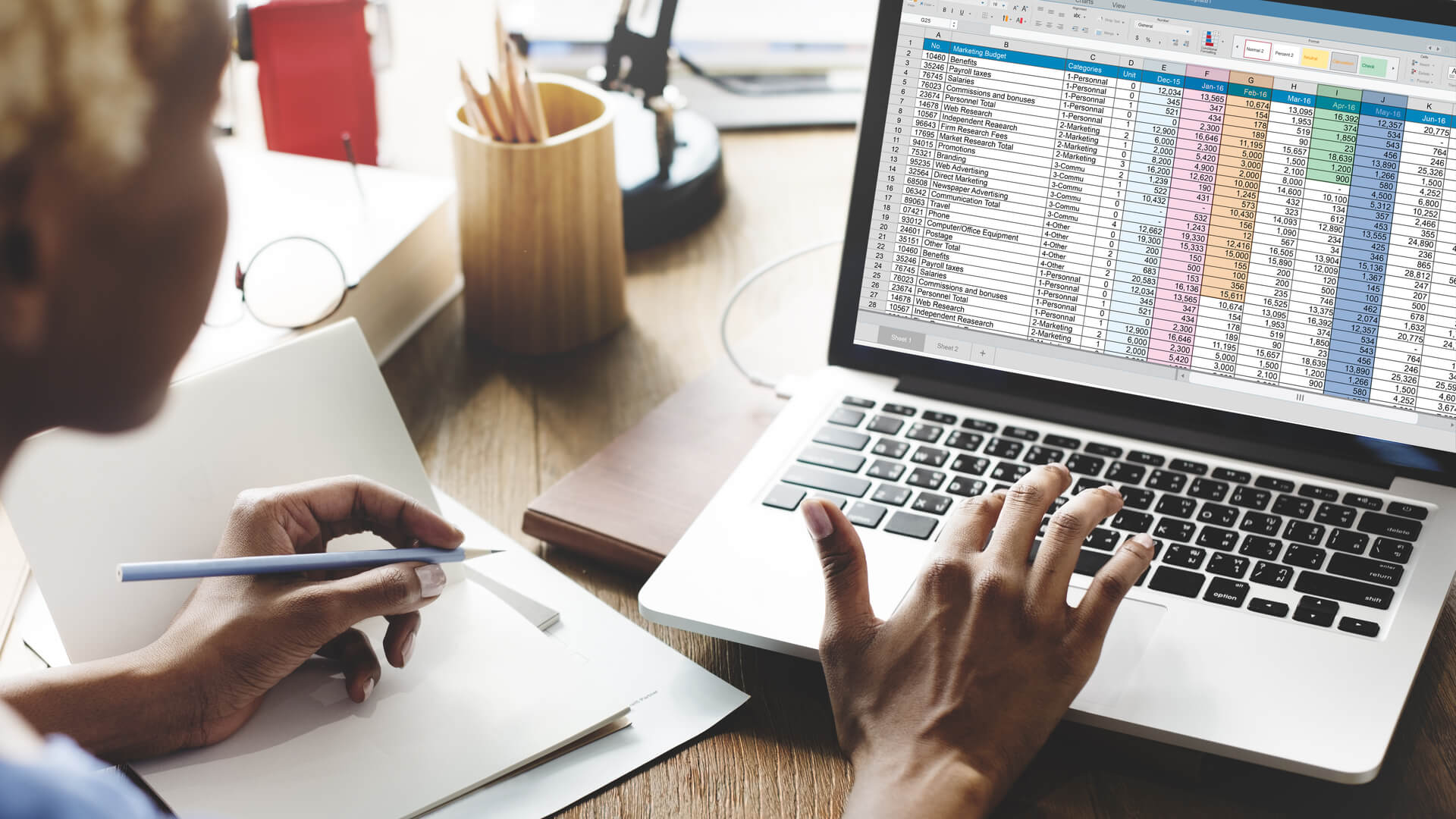 In 2018 Google revamped the Index Coverage report[1] in Google Search Console[2]. It was a huge improvement from the previous version, and SEOs around the globe rejoiced. With the upgrade, the new Coverage reporting greatly expanded the amount of information for site owners, including errors, indexing levels, and urls that were being excluded from indexing. Google also started providing 16 months of data, which was significant increase from what we had previously.

The update was awesome, but there was one glaring issue: the limited export capability from the Coverage reporting, which is especially tough for medium to larger-scale sites. Currently, there is a one thousand row limit per report.

Sure, smaller sites can often export all of their data per report, but many larger-scale sites easily blow past that limit per category.

For example, a site with just two hundred pages could easily export all indexed pages, and typically all excluded pages by category. But sites with hundreds of thousands, or millions of pages, are often severely limited by just one thousand rows per report. And that can hamper a site owner’s ability to fully identify patterns of problems across the entire site, export more URLs by category, and then of course, address all of those problems in a timely manner.

To accomplish that, I have set up a poll (which is embedded below) where you can make your voice heard. Depending on feedback from SEOs, site owners, etc., maybe we can convince Google to increase the export ability from Google Search Console’s Coverage reporting.

An important conversation at the Webmaster Conference in Mountain View

In November of 2019 I was fortunate enough to attend the Google webmaster conference[3] at Google headquarters in Mountain View. It was an awesome one-day conference where we were able to see presentations from various Googlers about what they were working on across Search. In addition, Google held one of their Product Fairs where Googlers set up kiosks showing off projects they are working on.

As soon as the fair started, I scanned the room checking out the titles at each kiosk. One immediately stood out for me… It read, “Google Search Console.” So, I ran over a few people as I rapidly approached the stand. I was determined to speak with someone about gaining more data from the new and improved Coverage reporting (or even an API).

I ended up having a great conversation with an engineer from the Google Search Console product team. I made my case for gaining more data as he listened to my points, while also countering some of what I was saying. It was extremely interesting to hear Google’s view, be challenged to provide real-word cases of why we would need more data, etc.

I explained that crawling sites via third-party tools is incredibly important and helpful, but for larger-scale sites, it’s often not feasible to continually crawl massive sites hunting for problems. Also, just crawling a site doesn’t provide how Google is actually treating URLs at scale. For example, are they being categorized as “crawled, not indexed,” soft 404s, being canonicalized to other urls, etc.? You still need to inspect those urls to find out (and you can’t easily do that in bulk).

The combination of larger exports from Google Search Console’s Coverage reporting and crawling through popular tools like DeepCrawl, Screaming Frog, and Sitebulb is a much better approach. Basically, Google has the data already, so maybe it could provide more of that data so site owners can get a stronger view of those problems.

Google: Coverage is for identifying patterns versus full (or large) exports

The overwhelming reason I was hearing from the Google Search Console product team member about why the reporting doesn’t provide larger exports is that the Coverage reporting is supposed to provide patterns and not full exports of data. I totally get that, and it does provide some patterns, but my point was that Google Search Console can’t possibly surface all patterns for larger-scale, complex sites. The engineer working on Google Search Console was great, and heard me out, but I didn’t leave that conversation feeling we would see an API any time soon… although I was hopeful we might see one in the future.

Here is part of a tweet thread I shared after the webmaster conference. This specific tweet was about a Coverage API:

Regarding a coverage report API, I spoke w/an engineer working on GSC. I didn’t get the feeling we would see an API anytime soon. He said GSC would be more valuable for providing patterns of issues & not providing every single URL for each issue. I don’t agree, but that’s me. 🙂 pic.twitter.com/2vjeiHoOit[4]

After that conversation, and continuing to work on larger-scale sites, I kept running into situations where more data more would have greatly helped my efforts (and the site owners I was helping). I couldn’t stand seeing tens of thousands, hundreds of thousands, or even millions of urls in various Coverage reports only to export just one thousand rows. Talk about underwhelming…

So what am I looking for? What would help SEOs and site owners working on larger-scale sites? There’s a two-part answer to this, and to be honest, I would be happy with either one.

1) A Coverage API
This would be incredible. Just like you can use the Search Console API[6] now to bulk export data from the Performance reporting, you would be able to do that for the Coverage reporting (and by category).

I get it, this is a big ask of the Google Search Console product team, but it would be incredible. And if an API isn’t easily doable, then there’s a second option.

2) Larger Exports (e.g. 100K per report)
Although this would still be limiting for many larger-scale sites, 100K rows of data per report would be much, much better than just one thousand rows. If sites could export 100K rows per report in the Coverage reporting, site owners could surface more patterns based on seeing more URLs that are being categorized as a certain issue. I think I speak for most people working on larger-scale sites when I say this would be an amazing upgrade in Google Search Console.

Who wouldn’t love seeing this in Google Search Console?

To help demonstrate the limitations that larger-scale sites run into, I decided to provide a few cases below that I have worked on personally. They are meant to underscore the point that one thousand rows per report is often not enough to surface all of the patterns necessary on a large and complex site. There may be problems located all over the site, while the reporting might only show a handful of those areas. And again, just crawling sites on your own doesn’t give you the full picture (how Google is actually handling those URLs). Inspecting the URLs in Google Search Console is required and you cannot do that in bulk.

After covering the cases, I provided a poll where you can make your voice heard. I would love to hear what the larger SEO community thinks about gaining more data from the Coverage reporting. Thank you in advance for your participation!

Indexed URLs (both submitted and NOT submitted)

Join me on the quest for more coverage

The one thousand row limit in Google Search Console’s coverage reporting can be extremely frustrating to deal with for larger sites. By providing an API or even larger exports, site owners would be able to track down more patterns from across their sites. And that could quicken up the process of rectifying those problems.

If you manage a larger site, you might have also experienced this frustration. And that’s why I want to hear from the larger SEO community about this. Below, I’ve embedded a poll so you can make your voice heard. It won’t take long to fill out, and maybe, just maybe, we can share the results with Google while making a case for receiving larger exports from Google Search Console’s Coverage reporting. And if the overall SEO community doesn’t feel there’s a need for larger exports from Google Search Console’s Coverage reporting, I’ll accept that, move on, and stare at one thousand rows in Google Search Console for the foreseeable future.

Thank you in advance for your participation!

Opinions expressed in this article are those of the guest author and not necessarily Search Engine Land. Staff authors are listed here[9].

Glenn Gabe is an SEO consultant at G-Squared Interactive[10] (GSQi) and has over 24 years of experience in digital marketing. Glenn currently helps clients with algorithm update recovery, technical SEO audits, SEO for website redesigns and migrations, and SEO training. During his career, Glenn has helped companies across a wide range of industries including publishing, e-commerce, health and medical, finance, startups, military, education, non-profits, real estate, affiliate marketing, and more. 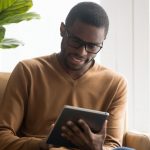 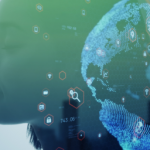