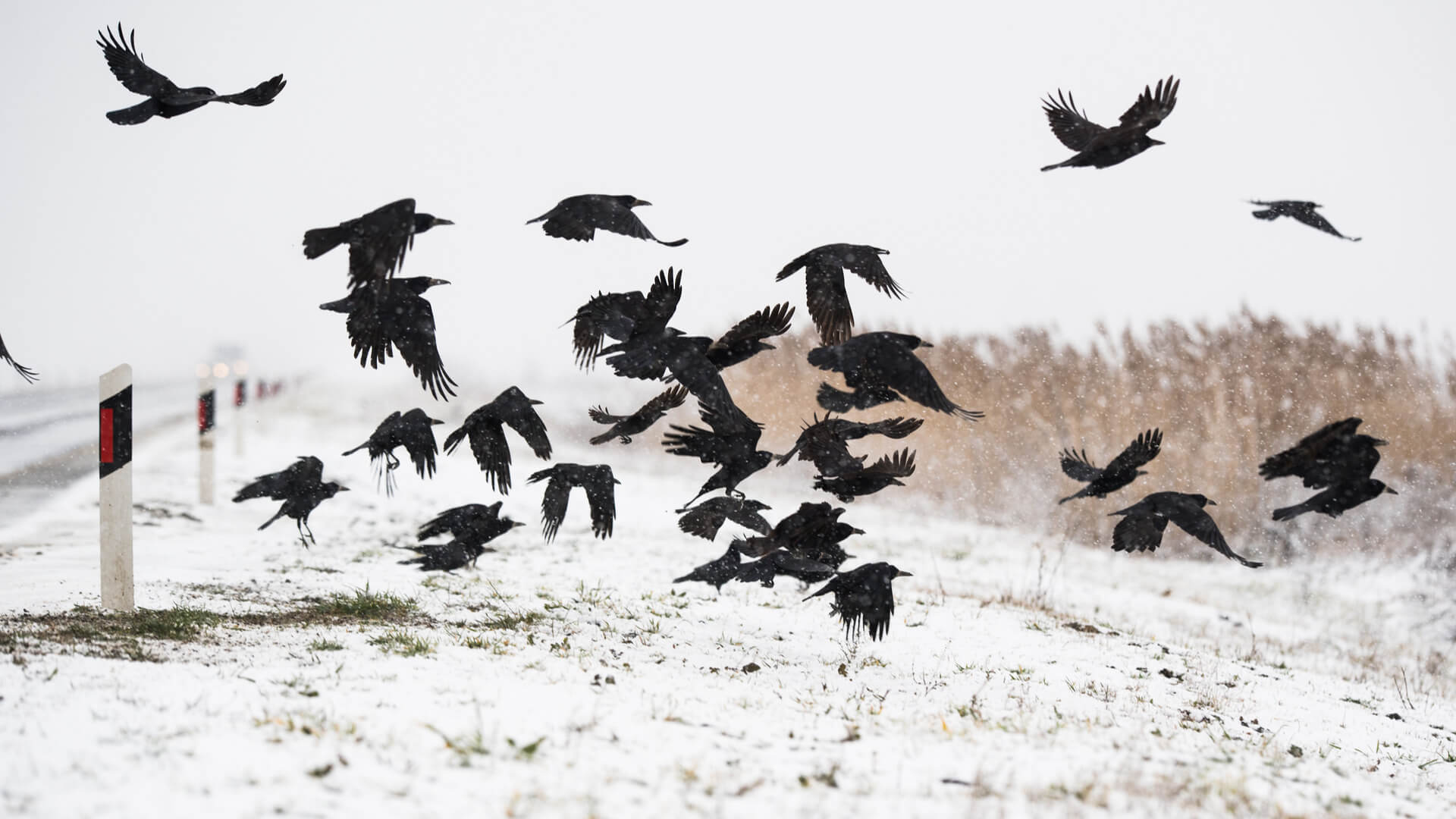 Earlier this month, Google announced that it would not build or use alternate identifiers to track users [1] for advertising purposes. Instead, the company reiterated that its ads will be driven by one of its Privacy Sandbox initiatives, called Federated Learning of Cohorts (FLoC).

Advertisers have been anticipating the shift away from third-party cookies [2] for years, but now, we have some understanding of the technology that the industry leader will be backing to replace it. Google has positioned FLoC squarely between users, who have grown increasingly privacy-conscious, and advertisers, who view it in the shadow of the third-party cookies they’ve become accustomed to. This has generated questions and concerns from both sides, many of which are unlikely to be addressed until further testing occurs. Here’s what we know so far.

FLoC is a method for browsers to enable interest-based advertising. It works by gathering data about a user’s browsing habits and then clustering groups of users with similar interests into cohorts. The algorithm used to develop those cohorts may look at the URLs of sites that the user visited and the content of those pages, among other factors, according to the FLoC proposal [3] on GitHub. Information about the cohort is then shared for advertising purposes.

Individual user data is kept locally, in the browser, and the browser only exposes the cohort ID. Cohorts would ideally include enough people to make it difficult to identify any particular individual within the group, but also be specific enough to enable effective ad targeting. Users are assigned into new cohorts on a weekly basis, based on their previous week’s browsing data.

Google has announced that it expects to start testing FLoC-based cohorts with advertisers [4] beginning in Q2 of this year. “Our tests of FLoC to reach in-market and affinity Google Audiences show that advertisers can expect to see at least 95% of the conversions per dollar spent when compared to cookie-based advertising,” the company said. And, at the time of publication, FLoC will only be rolling out to Google’s Chrome browser.

Why it’s such a big change. Advertisers are used to targeting via third-party cookies, which enable them to reach specific individuals. With FLoC, individuals are put into a cohort based on their interests, adding a layer of anonymity that may help increase user privacy.

Another distinction is that the assigning of cohorts is all done within the browser, which means users’ information is kept locally. With third-party cookies, a third party may be storing user data on one of their own servers.

The challenges that lay ahead for FLoC

In response to users’ demands for greater privacy, Safari and Firefox stopped supporting third-party cookies [5] . Google, however, owns a massively profitable ads business as well as the Chrome browser, which means that its third-party cookie replacement has to satisfy advertisers and users, and advocates for both sides are anxious about how FLoC will affect them.

Privacy concerns. Grouping users into cohorts helps hide individuals within a crowd, but that may not be enough to stop motivated actors from extracting individual user data.

FLoC’s biggest selling points (the cohorts of thousands of users) might actually facilitate browser fingerprinting, in which many pieces of data from the browser are compiled to create a unique identifier. This is because the cohort ID lumps users into a group of perhaps several thousand people, which would greatly decrease the number of browsers a tracker would have to distinguish between to establish an identifier. Google has proposed a “Privacy Budget” to combat fingerprinting [6] , but at the time of publication, it remains an early-stage proposal and does not yet have a browser implementation, despite having announced that FLoC will be open for advertiser testing [7] within a few months.

The FLoC proposal [8] itself also highlights a number of user privacy concerns. “Sites that know a person’s PII [personally identifiable information] (e.g., when people sign in using their email address) could record and reveal their cohort,” the proposal reads. This may enable trackers to learn about a user’s browsing history or the demographic information of members of particular cohorts, which could enable advertisers to discriminate against audiences [9] .

When asked about how cohorts may be used to target certain demographics or reveal sensitive information, Google provided the following statement:

“Google Ads has long-standing policies against the targeting or exclusion of people based on sensitive categories. FLoC IDs will follow similar principles. Chrome’s FLoC analysis will evaluate whether a cohort may be sensitive without learning why it is sensitive. So cohorts that reveal sensitive categories like race, sexuality, or personal hardships are blocked or the clustering algorithm will be reconfigured to reduce the correlation. In addition, it is aso against our policies to serve personalized ads on these sensitive categories.”

Targeting. “We [currently] have this pie of available targeting options, what percentage of that pie is going to go away?” Julie Friedman Bacchini, president of Neptune Moon and managing director of PPCChat [10] , said, sharing a common concern for advertisers in the wake of Google repeating its support for FLoC and proclaiming that it would not build or use alternate identifiers [11] to track users.

This is one worry that Google may be able to put to rest: “It is best to think of FLoC as advertisers will have the same ability to reach relevant audiences, only instead of being able to do this on an individual basis, it would be based on cohorts (i.e., thousands of users),” a Google spokesperson told Search Engine Land. Essentially, the company is saying that the targeting options that are currently available won’t change — what’s changing is that advertisers will be targeting cohorts composed of thousands of people, as opposed to specific individuals.

Google has also introduced Turtledove [12] , another Privacy Sandbox initiative, to give advertisers a way to retarget audiences while approaching user privacy similarly to FLoC.

The Turtledove API uses information, stored on the browser, about advertisers the user has expressed prior interest in, along with information about the current page. It then sends two requests for ads: one to retrieve an ad based on an advertiser-defined interest, and another to retrieve an ad based on contextual data. These requests are independent so ad networks can’t link them together to learn that the requests are from the same browser.

Next, the browser conducts an auction to select the most relevant ad using JavaScript code provided by the advertiser. The code can only be used to determine ads; it cannot make network requests.

Fledge [13] is Google’s early prototype that builds on Turtledove. It will include a method for on-device bidding algorithms to use additional information from a “trusted” server. “To help early experimentation before the new trusted servers are available, we propose a ‘Bring Your Own Server’ model and expect to ship this first experiment during 2021,” Google said [14] in a blog post.

What you can do to prepare for the change

Despite the many uncertainties surrounding Google’s replacement for third-party cookies, there are still ways that you can position your agency and your clients to hit the ground running when the changes finally occur.

Collect your own data. “Put some real thought and effort into creating your own first-party data,” Friedman Bacchini said, adding, “Build your email lists [and] you’re going to want to have people coming and engaging and doing something on your web property so that you can capture that information.”

Compiling and maintaining first-party data enables you to upload your customer lists to platforms that can help you market directly to those customers, or create lookalike audiences.

Communicate the changes to your clients. As with any major change, workflows may be impacted, which can result in inefficiencies and/or wasted spend. Preparing a simple overview of the changes can help your staff get ready for them and help to reframe client expectations. You should also provide updates as more information becomes available.

Keep up to date with the news. As previously mentioned, Google plans to conduct various tests of this new targeting method. The findings from those experiments may inform their final implementation. Stay up to date with how FLoC and the move away from third-party cookies unfolds so that you can better prepare your business and/or clients for the change.

FLoC is replacing a decades-old technology, which means that it may be some time before all our questions about it get answered. For example, at the time of publication, Chrome is the only browser set to adopt FLoC, so how will advertisers on Google’s platform reach users on Safari, for example, which accounts for over a third of the U.S. browser market, according to statcounter [15] . Additionally, will Google only allow advertising to FLoC-derived cohorts on Chrome, turning it into a walled garden?

“At the end of the day, it really comes down to how this is going to impact my ability to deliver the results that my clients expect and the kinds of results that I’ve been able to deliver up until now,” Friedman Bacchini said. At this point, we don’t know the extent to which advertisers’ campaigns and workflows will change as we move away from third-party cookies, and although Google is sure to make more announcements over time, the entire picture is only likely to get clearer once we’re able to test out the technology ourselves. 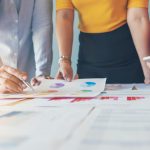 Google, Microsoft throw down the gauntlet and why Excel is the foundation of SaaS; Monday’s daily brief