This start-up is using AI to suggest emojis, social content for SMBs There is no shortage of options for social media management tools; there are more than 300 listed on the marketing technology landscape[1]. And HelloWoofy isn’t on it yet, but the start-up is aiming to bring the assistance of automation to social content creation for small businesses. The company announced[2] a new integration with social media management platform Hootsuite Friday.

Hootsuite integration. As with any martech solution, integrations are key to user growth and retention. HelloWoofy has scheduling features, too, but it doesn’t have the massive user base of Hootsuite. Rather than compete with Hootsuite, the integration enables HelloWoofy to sit on top of the veteran management platform, which connects with more than 20 social networks and has some 18 million users.

With a business’ accounts linked, users can compose posts powered by HelloWoofy’s machine learning-driven content, emoji and image suggestions and post or schedule content to any of their social accounts via Hootsuite.

Machine-assisted content creation. “Say you own a coffee shop,” said HelloWoofy founder and CEO Arjun Rai, “and we want to talk about cappuccinos on a Wednesday and the coffees on a Friday, you can set a pattern and Woofy will take care of scheduling the posts and grab content from your library.” When you want to write a single post, says Rai, “that’s where the magic starts happening as it starts to give you copy as you type.”

The autosuggestion functionality gives users who might not know what to say, or are pressed for time, suggestions for text, emojis, images and hashtags, says Rai. The dataset includes customer posts hosted on its own servers as well as “conversations happening every day on Twitter, Facebook, LinkedIn, so it’s an aggregate of over 150 million conversations,” he says.

The software analyzes emojis that are being used in real-time to surface trends and understand which ones perform well. There is also the option to translate posts into one of several other languages automatically.

A Grammarly-like Chrome extension brings HelloWoofy’s autocomplete and emoji suggestions to whatever site business owners are writing on. The Journal feature for blog posts integrates with Medium, with WordPress and LinkedIn in the works.

Why we care. There are several robust scheduling and collaboration tools for social media teams. Solutions like Buffer offer daily content suggestions to help users automate content creation. There are also several AI tools[3] for content generation. HelloWoofy is aimed at bringing AI-assisted content creation to the small business that doesn’t have a social team behind it. The Pro version costs $49 annually. 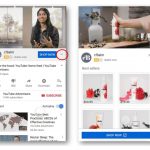