The future of retail shopping involves the tighter integration of digital and in-store experiences. Online distribution of local product inventory is one example, buy-online-pick-up-in-store (“BOPIS”) is another, Amazon Go’s cashier-free checkout is a third.

Inventory and ads. One of the more interesting examples of bringing digital experiences into physical stores comes from Chicago-based Cooler Screens, which replaces conventional refrigerated-case doors with digital screens that can showcase product inventory inside or display ads dynamically. It’s both an in-store merchandising platform and an ad network.

Cooler Screens’ major retail partner Walgreens piloted the offering initially in six stores in mostly the Chicago area in 2019 and expanded that to 50 stores after a successful test. Walgreens decided to roll out the technology to 2,500 locations based on initial results.

Major food and beverage makers. Cooler Screens retrofits existing cooler doors with IoT-enabled displays at no cost to the retailer. (The screens, however, aren’t touch-enabled.) The company’s business model is primarily advertising — retailers get a cut of the revenue — although it may eventually license or sell data to retailers. It’s seeking to grow distribution to other retailers across the U.S. to be able to offer more ad inventory and impressions to brands.

Cooler Screens has so far worked with major advertisers including Coke, Monster, Nestle, Tyson, Conagra, Chobani, Pepsi, Red Bull and a number of others. John Clavadetscher, Cooler Screens’ president, told me that the company now had a roster of roughly 100 brands.

Clavadetscher explained that sales of showcased products at stores using Cooler Screens grew 50% to 100% versus the same products at comparable area stores without Cooler Screens. He also said that there was a lift for brand products located in other parts of the store (e.g., larger, unrefrigerated bottles of Coke). Clavadetscher added that once the full Walgreens rollout takes place advertisers will be able to reach 75 million consumers, “the equivalent of a Super-Bowl ad every month.”

Contextual but not personalized. The displays show full and multi-door ads when no one is within two meters of the case. When customers cross that threshold, the displays switch to a digital representation of in-stock inventory behind the door. Initially the company had contemplated personalizing ads, using cameras and eye-tracking, on the basis of age and gender but has since declined because of privacy concerns.

Advertisers buy placements on CPM basis. The company delivers a variety of analytics such as demographic data, reach and frequency metrics as well as comparable store sales impact. Clavadetscher emphasizes that all impressions are “100% verified” and that the platform doesn’t suffer from brand safety issues.

He argues Cooler Screens helps solve the “last-mile” advertising problem for digital advertisers who’ve had historical trouble reaching offline shoppers. And though in-store ads on mobile phones have been tried, the creative possibilities and scale make this a qualitatively different medium for brands.

Why we care. Despite COVID-19 and the growth of online shopping, in-store sales still accounted for 89% of retail spending [1] in the first quarter of 2020. While we’ll see e-commerce continue to grow at a healthy rate, offline sales will remain dominant well into the foreseeable future if not indefinitely.

There are other digital out-of-home networks, but nothing in the market quite like Cooler Screens. The digital doors offer both an awareness opportunity along with dynamic in-store merchandising at the point of sale. 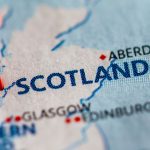 Is it time for Google Scotland? 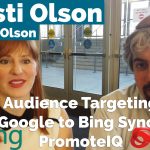