In a 2009 interview[1] with the Los Angeles Times, Twitter co-founder Jack Dorsey recalled how the platform got its name. He said the definition for the word “Twitter” was perfect because it “was ‘a short burst of inconsequential information,’ and ‘chirps from birds.’ And that’s exactly what the product was.”

This may have been true then, but Twitter evolved from a website full of inconsequential information to one of the world’s largest news sources. Today, the social media platform broadcasts everyone’s messages, including individuals, Fortune 500 companies, and even global superpowers.

Just as the site itself has grown and changed, its content features have evolved as well. The Twitter[2] team added support for GIFs and videos along the way, and tweets are now 280 characters when they were originally confined to 140. Most recently, Twitter announced its new Voice Tweet feature[3]. Voice Tweets represent the social media giant’s first departure from the visual realm. It’s an exciting opportunity for brands to connect with their fans and followers in a whole new way.

The value of voice

Communication that’s strictly visual can leave out a lot of information. That missing context can often lead to separate interpretations by different readers or viewers, and occasionally those interpretations are decidedly at odds. Voice[4], on the other hand, allows users to utilize all the nuances and complexities of inflection and tone, letting them convey additional meaning and subtext that eliminates ambiguity and enables deeper connections with the audience.

Twitter’s new auditory feature ergo, Voice Tweets are an exciting opportunity[5] for businesses to enhance their brand touchpoints with platform users by leveraging the power of the human voice. The key is putting in the effort and getting the rollout right the first time.

To build a strategy that caters to your customers’ ears instead of their eyes, follow these five steps when creating Voice Tweets:

In addition to the CEO, select or hire one or two people to represent your brand as audio ambassadors. These people (and their voices) will be synonymous with your company, so they should be adept at connecting with audiences. Your ambassadors will be responsible for all audio operations and can assist in accessibility usage for those who are deaf and hard of hearing. In the U.S., 15% of adults 18 and over[6] have some trouble hearing, according to the National Institute on Deafness and Other Communication Disorders. Create threads under your original Voice Tweets with transcriptions to improve accessibility and utilize SEO keywords.

2. Be clear on key messaging

To create coherent messaging, you need to clarify both the broad themes and specific details. Being clear on messaging can determine what keywords people associate with your brand and what future searches they’ll make. What words or phrases do you want to be associated with your company? What would you and company leadership consider off-brand? Make a list and distribute it to all parties involved to ensure that the right messaging is top of mind. Then, plan to update your individual messages with audio cues that are specific to each campaign.

Kantar TNS reports that almost 80% of Twitter users follow one or more brands[7]. That’s a sizable audience that represents a major opportunity, but it also means you’ll need to find a way to stand out from the crowd. Your Voice Tweets should establish an auditory identity while staying consistent with your brand’s style and personality. Define your style by determining your tone (for example, conversational or professional) and preferred word choice.

It may come as a shock, but most voice-over recordings happen in home studios. That’s not just a recent symptom of the COVID-19 pandemic — it’s a trend that’s been happening for the past decade. You don’t need to rent out an expensive recording studio to start publishing your brand’s first Voice Tweets, but you also don’t want to record in a busy home with lots of noise and distractions. Find a quiet space to record — whether it’s a closet or a spare bedroom — in order to improve the audio quality.

5. Listen to audio clips before publication

Have you ever recorded a voicemail greeting and then played it back? If you’re like most people, you probably thought you nailed it on the first take only to listen in horror as you “umm” and “ahh” your way to the end. Voice Tweets should be no different, and your audio ambassador should always listen carefully to ensure that each tweet conveys a simple and coherent message that exemplifies your brand. Before anyone presses publish, verify that the recording is something you’d be comfortable or even proud to hear over and over.

As a nod to the original character limit, Voice Tweets give your brand 140 seconds to get your message across. Before you wax poetics about whatever strikes your fancy, focus on crafting each tweet in a way that builds and supports your brand’s overall auditory identity. Capitalizing on a new feature is a large undertaking, but these five steps should give you a good place to start.

David Ciccarelli is the founder and CEO of Voices.com, the largest marketplace for audio and voice-over products and services in the world with over one million business and voice actor registered users.[8] 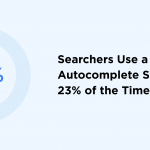