Voice and virtual assistants were, for about two or three years, probably the hottest topic in search and SEO. The hype has subsided as Google Home and Amazon smart speakers have, so far, failed to become the market-changing devices many had anticipated.

Yet there has been slow and steady growth of voice usage on smartphones over the past decade or so since Siri’s introduction. And when people talk about “voice search” most of the activity is on smartphones, although there’s some evidence that voice adoption may have plateaued[1] there, too.

Behind the scenes, Google continues to invest heavily in understanding human language. The BERT algorithm[2] is a prominent but not exclusive example of Google trying to understand search intent in a deeper way, using natural language understanding.

Accuracy improvements but not for Alexa. That effort appears to be paying off according to data from SEMrush, which released a voice search study[3] last week. The company compared performance of Siri, Alexa and the Google Assistant (on four different devices). The study found that only 6.3% of questions weren’t answered in the aggregate. That was compared to 35% a year ago, SEMrush says citing Forrester data.

While past virtual assistant studies[4] have ranked accuracy among the competitors differently, the SEMrush data show the Google Assistant (on Android smartphone) and Siri had the lowest percentage of unanswered questions (2%) compared with Alexa, which couldn’t answer 23% of questions. That represents a significant improvement for Siri and a potential decline in quality for Alexa.

Local search and optimizing for assistants. The study emphasizes local search and identifies voice search “ranking factors.” It also looks at the underlying data sources utilized by the three assistants, as well as the associated SEO implications for marketers.

“Given that various voice assistants rely on different sources of information when picking answers, they mostly return different results for the same questions,” SEMrush’s Olga Andrienko remarked in a blog post[5] on the study. Indeed, Google Home and Siri responses to the same questions overlapped only 10% of the time. However, there was only a 1% answer overlap across Google, Siri and Alexa in the study.

Google Assistant responds to local queries with content from Google My Business (GMB) and the local pack. Siri draws primarily on Yelp. Alexa relies on Bing, Yelp and Yext.

SEMrush recommends standard optimizations for Google: focus on GMB, use structured data and create “conversational” content that responds to common user questions about your products and services. (Not all Google devices tested returned identical results, however.) By comparison, Siri’s local search ranking factors were: 1) distance, 2) review volume, 3) star ratings and 4) price. All the content comes from Yelp.

The study compared Siri results for “restaurant near me” and “best restaurant near me” and found slight differences in the SERP. In the former case distance and number of reviews were the key variables. When the modifier “best” was used, however, Siri appears to downplay proximity and emphasize average star rating.

Why we care. Implementing SEO best practices should mean that marketers do relatively well in voice search results. The study quotes Google’s Gary Illyes who said, “If you were paying attention to actually writing for your users instead of machines, then I strongly believe that you are already optimized for voice search.”

This study indicates that there are also specific optimizations for each of the platforms based on their local data sources. And while there are some specific voice or “conversational” optimizations (e.g., FAQs), creating the right content for customers and prospects — while paying attention to listings and review management best practices — will probably satisfy the voice SEO gods. 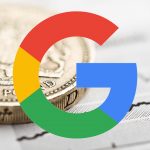 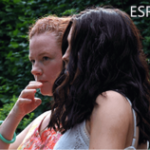 How to use super-resolution and improve onsite image quality