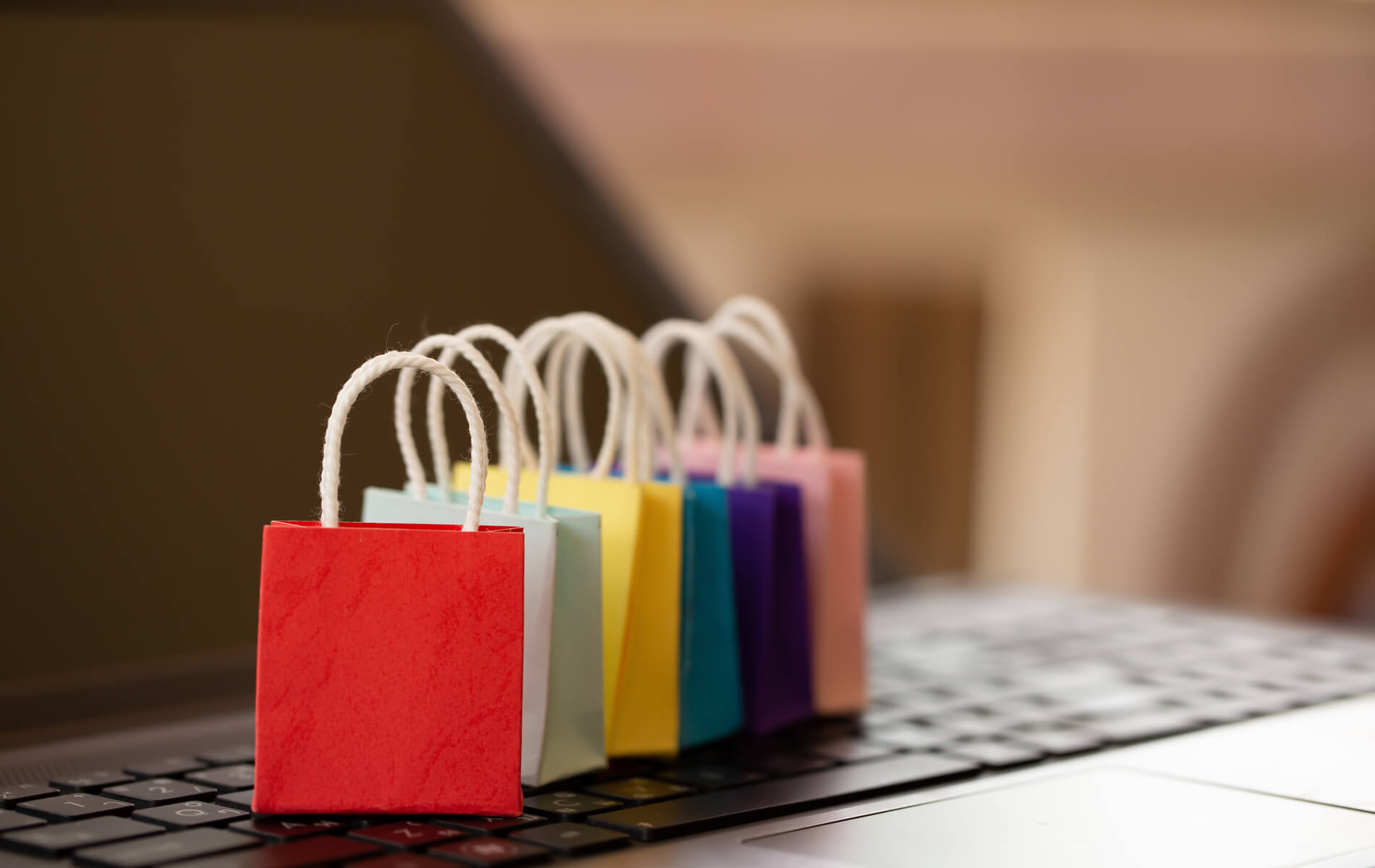 A burning question this holiday season is whether people will return to physical stores or buy substantially everything online? The Mary Meeker formulation is: what percentage of retail spending will move online? But that binary “brick and mortar vs. e-commerce” narrative is crude and fails to appreciate the role stores play in driving online sales.

Indeed, a more interesting question is to what degree traditional retailers will be able to leverage physical stores for competitive advantage in their battle with Amazon and other pure play e-tailers? In the past, retailers with stores and e-commerce have treated them as entirely distinct channels, with different P&Ls and separate operational teams. Only recently have major retailers recognized how stores and e-commerce support one another and started to integrate those efforts (e.g., curbside pickup and seeing physical stores as ready-built distribution centers).

The dominant working assumption is that almost all holiday shopping will happen online and that stores will play a limited or secondary role. That would flip the script in terms of dollar volume compared with past years. Yet, even if the majority of buying happens online, the presence of local stores will factor significantly into consumer decision-making.

Shoppers this holiday season are likely to be budget conscious, more selective and less impulsive than last year – especially if most shopping is done online, where browsing and spontaneous buying are typically less likely.

A Numerator survey of 2,000 adults asking about Labor Day shopping intentions could be predictive of future holiday shopping behavior. The survey found 49% of consumers said they would be spending less than last year; only 6% expected to spend more.

From this we can extrapolate – unless there’s dramatic improvement in the economy – that holiday shoppers will be more selective and value conscious than last year. That will mean pervasive discounting with a side of free shipping to coax shoppers to buy. Yet retailers have been discounting for months to boost online sales, so consumers may need even more incentives.

In the realm of online advertising, we’re likely to see aggressive competition among retail marketers for visibility at both top and bottom of the funnel. And it’s all likely to happen much earlier this year, as retailers seek any advantage to rise above the competitive noise. As this week’s IAB data [1] suggested, Google and Facebook are likely to be the direct beneficiaries of this increased digital ad spending.

Black Friday, Cyber Monday and related shopping holidays will potentially see less concentrated purchase volume this year. Amazon Prime Day is reportedly coming in October, which will mean competitors will also be making an early promotional push at the same time. That event may take the wind out of the traditional Cyberweek sales if people spend their money early.

The Black Friday in-store experience, if it happens, is going to be very muted compared to past years. Roughly half of consumers express a fear of catching COVID while in a store, according to a new multi-country consumer survey [2] from in-store marketing solutions company Mood Media.

Most people say they still won’t go to the mall

Pent-up consumer demand for retail normalcy and fear co-exist in the U.S. In countries where the pandemic has subsided, consumers are returning to stores. The Mood Media survey found that 71% of global respondents said they now felt comfortable going back into stores. This was to some degree contingent upon retailer safety precautions.

The survey also found that 67% of global shoppers had already returned to non-essential retail stores; the figure in the U.S. was 60%. This seems to contradict other survey data showing widespread concern. Only 10% said they “would never go back” to their old habits (presumably traditional retail shopping) after the pandemic is over.

As indicated, a large percentage of American consumers still express anxiety about going into retail stores. A late-August Morning Consult survey [3] found that only 36% of consumers were willing to visit a shopping mall in the next 2 – 3 months. And if consumers act in accordance with those attitudes, stores will see considerably less foot traffic than last year.

Foot traffic data [4] from Gravy Analytics shows, however, that discount stores and outlet malls have recovered better than department stores and traditional malls, as value-conscious consumers return in greater numbers to those in-person venues. As the chart above reflects, foot traffic for these two categories is at or above early February level before the lockdowns. However, department store foot traffic is down 15% and conventional malls are off 12%.

Past research has established why many consumers prefer shopping in physical stores ( including Gen Z [5] ). According to the Mood Media survey consumers appreciate:

According to a separate study [6] , 62% of shoppers are more likely to make e-commerce purchases if they can return the item in a local store. (And once there they tend to make additional purchases.)

This is the key point and a source of advantage for traditional retailers that sell online. Target and BestBuy, for example, reported triple digital e-commerce growth in the second quarter. But that was fueled in no small measure by the presence of stores.

Beyond direct e-commerce, many shoppers are likely to use the internet as a tool to find products locally and help minimize time spent in stores. BOPIS and curbside pickup work to provide the immediate (or near-immediate) gratification of in-store shopping with the convenience and efficiency of online shopping. Shoppers can get the product locally today (and potentially return it tomorrow) without having to browse the aisles and locate the product on the self.

Bazaarvoice released a report [7] showing that consumers are now more focused on shopping at local stores (read: SMB), whether online or off. It also reflects that the internet is playing a much larger role in offline shopping than ever. While people have been doing online research before buying locally since the early days of the internet, large majorities are now doing it — research online, buy offline (ROBO).

Beyond looking for directions, business hours or product and service reviews, this online-to-offline activity also shows up in product inventory checks. In 2019, according to a Google sponsored survey, 46% of shoppers confirmed inventory online [8] before going into a store. In the midst of the lockdowns, Google reported [9] that searches using the phrase “in stock” increased more than 70% during April. And while this includes online retailers, it’s aimed especially at local stores.

In this anxious environment, consumers don’t want to waste time or visit stores on the off chance they’ll find what they’re looking for. That’s why inventory data could be a difference-maker, whether in the form of Local Inventory Ads [10] (LIAs) or product-specific landing pages for in-demand items.

In addition to LIAs, location-based mobile display ads generate store visits — and e-commerce sales. A 2019 study by Numerator and GroundTruth [11] reported that 66% of those exposed to location-based display ad campaigns ultimately made a purchase in-store or online. Roughly 28% of that group bought from a competitor online or in a store. But among those going into stores, a whopping 94% made a purchase. The campaigns were for major retailers in three verticals: beauty, home improvement and mass merchandise.

Perhaps most interestingly, mobile users shown the campaigns were “25% more likely to make a purchase from that retailer online than those that are not shown an ad.” In other words, the ad promoting a local retail offer, generated online sales.

This illustrates the interdependency and symbiotic relationship of stores and e-commerce. Consumers are increasingly agnostic about whether they buy online or locally. But make no mistake, stores are critical in this equation.

Familiar brands and the presence of physical stores give people confidence to make online purchases, which they can then return locally if necessary. And in a post-COVID retail landscape, merchants may come think of their stores primarily as “showrooms” and fulfillment centers, where consumers can touch and feel or pick up products they ultimately buy online. 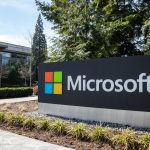 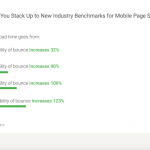