TikTok is quickly dominating social media. In less than 18 months, the app has seen its adult user base in the US multiply 5.5 times [1] . Its revenue has grown more than 300% [2] , and it boasts nearly 60 million [3] active monthly users in the US. In recent months, as people have quarantined at home because of the coronavirus pandemic, TikTok’s average daily traffic increased by more than 15% [4] . What’s the secret sauce to this global craze, you may think? That’s where the TikTok algorithm comes into light.

TikTok has its best quarter ever💰 pic.twitter.com/zLhasaDhgq [5]

With the latest news on TikTok about President Trump issuing an executive order [7] threatening to ban the app from operating in the US, added to the summer heat. In response, TikTok filed a lawsuit against the US government on the grounds that the ban prevents due process for the company. While we’ll have to watch how the legal proceedings pan out, if TikTok is allowed to keep operating, it is slated to become one of the most powerful marketing tools for American brands.

TikTok’s power goes beyond its democratized, creative essence. While the app’s design and ability to foster a creative community caused it to surge onto the social media scene, it’s exploding because of the way it gathers and harnesses data to enhance the user experience. Personalized content has become even more important as brands compete for the attention of people spending significantly more time online while navigating stay-at-home orders.

A big part of this is influencer marketing, which is also known as “creator” marketing on TikTok [8] . Audiences connect with influencers because they provide a sense of authenticity — and during stay-at-home orders, normalcy. Seeing someone advocate for a brand or products that they’re using is an incredibly personal form of marketing. People are hypersensitive to the messages brands are putting out during this pandemic, which means this personal touch matters more than ever.

The best, most masterful platform to let brands and influencers do this? TikTok. Let’s dissect the TikTok algorithm to point three key features that set it apart:

Within the app, the main feed is a stream of content curated for individual users each day. It’s quite literally called the “For You” page, and it’s where 99% of people spend their time on TikTok. As a marketer, this gives you a ton of real estate to showcase relevant content and generate high engagement [9] .

The TikTok algorithm pushes engaging content to the top of its feed, which gives those trending videos more exposure, more frequently. And views, shares, comments, and likes, relative to how often a video has been seen, determine distribution on TikTok — not the number of followers. Momentum builds quickly on this platform and can keep going for multiple days.

2. It leverages what you love (and what you don’t)

TikTok has an intuitive way of assessing user preferences. When a user watches a video through to the end, it triggers TikTok to pull similar content into that user’s feed to keep them coming back for more. Of course, this can backfire (like when I watched a pimple-popping video all the way through), but users can easily tell the app they don’t want to see more of a particular type of content.

The result? Creative matching leads to relevance and can help your brand’s and influencers’ posts go viral. While Instagram influencers focus on getting impressions and increasing engagement, and Twitter posts go viral largely when key distributors such as Ellen DeGeneres or Jimmy Kimmel share them, TikTok doesn’t demand that users or influencers have a global platform. If your brand influencers truly create content relevant to and aligned with your target, it’s likely going to be far more visible on TikTok than on any other social network.

Everything you see in TikTok isn’t picked by robots. The user experience also relies on a creative team that combs through content and decides what to push to the top every day.

Why does this matter to you as a marketer? Never before have you had this opportunity to get a fantastic distribution because you create fantastic content. It’s not like Instagram, where you have to buy your way in with brute force. It is organic, authentic power through content, which is precisely what all brands and influencers should want.

These features are clearly working for TikTok. ByteDance’s ad revenue for the first half of 2019 reached seven billion USD [10] , which far surpassed Twitter’s $1.4 billion. The platform has reached critical mass — now it’s just a question of how businesses will embrace yet another new social platform. There will be billion-dollar brands built on TikTok and market share lost by companies that don’t act quickly. The race is on.

Brian Freeman is the CEO and founder of Heartbeat , the first platform for ambassador-powered marketing at scale. Driven by empowering real women, Heartbeat has more than 140,000 on-demand female brand ambassadors for launching turnkey ambassador solutions and has done campaigns with Amazon, Laura Mercier, Saks Fifth Avenue, Warner Bros., Netflix, and other big brands. [11] [12] 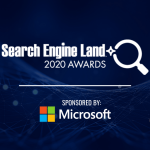 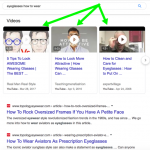