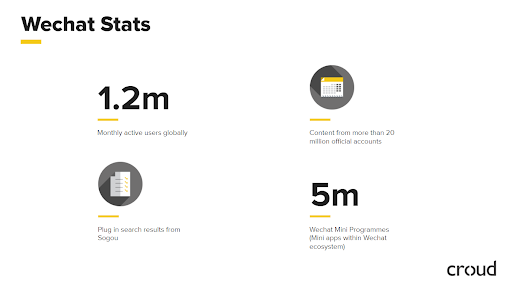 Are search engines dead in China?

You can’t imagine the internet without the search engine. It started out as a way of finding stuff on the various websites that were popping up, but ended up shaping the very medium it was indexing. Nobody would build a website without making sure it was molded around the demands of the biggest search engines in its customers’ region.

But that doesn’t mean search itself isn’t changing. As we’re seeing in China, the days of the search engine website that you visit to start your exploration could be numbered.

The largest search engine in China has always been (and remains) Baidu, which has a billion regular users, making it the second most popular search resource in the world.

But there’s a new player in town. WeChat has 1.2 billion users globally, mainly in China . It’s a one-stop app with a multitude of uses, not limited to messaging, consuming content, shopping, accessing services, and mobile payments. It’s ubiquitous in the nation, so it’s easy to see how it could become a hugely disruptive element in the search landscape. Because of its huge user base and multiple functions, there are billions of different user actions recorded and thousands of items of content being created and consumed on a daily basis.  [1]

WeChat has a large volume of content and data within its ecosystem, including articles from WeChat official accounts (similar to Facebook business pages), mini-programs (mini-apps embedded within WeChat which don’t require installation on users’ mobile devices), news content from Tencent News, along with content from Tencent Music and WeChat Video channel. More importantly, WeChat has a partnership with Sogou, China’s second-largest search provider, to pump more information into WeChat’s ecosystem.

Plugged into this huge index, WeChat search has become a powerful tool to find information. A survey by SocialBeta [2] showed that 32% of WeChat users use it as their prime search engi ne of choice, and 46% use it as a general search tool . These are big numbers.

Now, Tencent, the own er of WeChat (and Sogou’s major shareholder), is moving to buy Sogou outright, potentially empowering its business model to take on more of the traditional search engines’ market share and to grab the benefits that come with it.

Search is moving away from pure search engines

The amount of searching going on in China is as strong as ever, but increasingly, people are turning away from the traditional se arch providers and searching within the enormous ecosystems Chinese tech giants build.

A typical Chinese consumer can have various different sources to search for information depending on what they are looking for. To search for a product, they can go straight to dominant ecommerce platforms like Taobao and JD.com, then search in Xiaohongshu to look for inspiration and community reviews. If they are interested in a brand, a celebrity, or trending news, they will head to WeChat, Weibo, or Toutiao. To find a nearby store or a local service they will search in WeChat and Alipay without downloading any apps. A typical American would do most of that through Google, even when searching for products on Amazon, despite it having a perfectly good search engine of its own.

When it comes to search engine market share in China, only traditional search engines like Baidu and Sogou will be classified in the landscape by all the statistics providers. The movement of other players has been neglected for a long time. Toutiao, for example, is the top news and information aggregation app in the country, with 275 million monthly active users . Its owner is Bytedance, a company that’s currently in the Western news, as it’s the owner of TikTok, a video sharing app that President Trump w ants to ban in America. [3]

TikTok’s cousin in China, Douyin, has more than 400 million users . Similar to WeChat, millions of pieces of content and actions happen across Bytedance’s portfolio, ranging from news and articles to videos. With the data and information continuing to grow in the app, an increasing number of users are adapting to use search in the news app to look for information. [4]

However, in March 2020, when Toutiao launched an independent search engine to rival Baidu, it failed to meet expectations and didn’t ma ke much of a crater in Baidu’s landscape.

With 700 million users , Alipay is another rising star in the search landscape. It is a financial app that allows users to not only pay for things, but do a host of daily tasks like picking up parcels, ordering food, applying for credit cards, and buying and selling stocks and shares. Again, search within this ecosystem is a significant competitive thing, as it can guide users towards certain products and services over rivals. [5]

According to third party research, half of the search queries happening in Alipay are finance related. In early 2020, Alipay even made an improvement to its in-app search algorithm so users can directly search for the name of a stock or finance product, instead of accessing them through the menu.

Alipay has not stopped there – this year, as the major sponsor of a trending reality show, “ Street Dance of China Season 3″ , Alipay has been actively placing branded search bars in the show to encourage more viewers to engage with its in-app search function.

Why are they all eyeing the search market?

The answer is ad revenue. Many of the platforms mentioned above, including Weibo, Tencent, and Toutiao are already offering paid search ad positions to capitalize on the search demand.

Clearly, Chinese people regularly use all or most of these apps on a daily basis, so they don’t tend to stick to a single search engine, as is the case with Europe and the US, where Google dominates and permeates throughout the entire digital world. A rough parallel could be the search results given by Facebook and Twitter, but neither has the dominance or the captive audience that these Chinese giants can boast.

Should Baidu be worried? By far, Baidu provides the biggest index compared to all the other players. Also, like Google, Baidu has vigorously diversified, and provides dozens of services from maps to cloud storage – and its search engine backs up the whole ecosystem. The biggest long-term challenge for traditional search engines is that all the valuable data and content from super apps like WeChat, Toutiao, and Aliplay have not, and will not, open their indexes to service users outside their ecosystems.

In the short term, Google’s search d ominance doesn’t look like it will be challenged in the same way Baidu has been. Through accidents of history and habitual use among consumers, it’s hard to knock big search engines off their perch. But nothing is predictable in digital, and analysts will certainly be keeping a close eye on the petri dish that is the Chinese search sector.

Partial match domains in 2020: How to optimize and use effectively 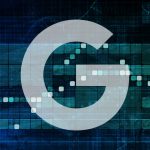