Creating viral content: Is it possible to harness viral trends?

George Miller, famously known as Joji is one of the fastest rising musicians. He’s the first Asian-born artist to top R&B and hip-hop charts, he achieved this feat with his first studio album. But Joji is no stranger to fame. Before he was a teenage heartthrob —Joji was garnering millions of views on YouTube as FilthyFrank. This online persona was edgy, outrageous, and oftentimes, outright filthy which helped qualify as viral content.

To top it all off, FilthyFrank was responsible for creating one of the biggest viral trends in the history of the Internet.

Back when TikTok wasn’t a thing and Twitter was just a few years old —viral trends were somewhat rare. It was unusual for people to replicate a popular video and take part in activities just because others were doing it on the internet.

The Harlem Shake changed all this. It’s hard to describe this trend so I will let Wikipedia do its job[1].

“The videos usually last about 30 seconds and feature an excerpt of the 2012 song “Harlem Shake” by American EDM producer Baauer. Baauer’s song starts with a 15-second intro, a bass drop, then 15 seconds with the bass, and a lion roar at the end of the first 30 seconds. Usually, a video begins with one person (often helmeted or masked) dancing to the song alone for 15 seconds, surrounded by other people not paying attention or seemingly unaware of the dancing individual. When the bass drops, the video cuts to the entire group dancing for the rest of the video”.

To explain it simply, a small 30-second clip of Joji dancing in his Pink Guy persona along with his friends in outlandish costumes caught fire, and soon, everyone wanted in on the act. Even the Norwegian Army joined in the fun.

Now, does this make any sense? Of course not.

The internet can be pretty senseless at times (or maybe most of the time). It’s hard to determine what exactly will capture the imagination of the masses.

But this hasn’t stopped social scientists from analyzing virality and what causes people to participate in a trend.

What exactly makes something go viral?

Let’s say you are a marketing manager at an ecommerce store trying to create a viral promo code[2]. You may look at popular trends and get bedazzled by their randomness. Should you gather a group of individuals in random costumes and make them dance? Maybe it will turn out to be the next Harlem Shake?

Hopefully, it wouldn’t come to that as many academics and marketing professionals have tried to make sense of internet virality. Among them, Jonah Berger STEPPS Model and Robert Cialdini’s Principle of Social Proof and a study by Cambridge University gives an important insight into the psychology behind viral videos.

When it comes to understanding virality, Wharton marketing professor Jonah Berger is a familiar name. In his book Contagious: Why Things Catch On[3], Berger attributes six main reasons for the success of videos that go viral. He defines it as the STEPPS model:

It’s hard not to trace at least some of these attributes in content[4] that goes viral.

Lil Nas X’s Old Town Road became a hit because it had a certain social currency. It was a cool genre-bending song about country life that people loved sharing. Since the song was released around a time when a game with similar themes —Red Dead Redemption, was extremely popular, it triggered a massive response.

People were sharing the memes of Old Town Road long before it became number one at Billboard 100. This means the song had a public aspect as well from the STEPPS model.

Admittedly, the song provided no real practical value. But it had an intriguing story: the song was removed from the country chart as critics believed it did not belong to the genre. This prompted country legend, Billy Ray Cyrus, to come out in the song’s support and collaborate with the singer.

In his book, ‘Influence — The Psychology of Persuasion’, Robert Ciadini introduces the concept of social proof[5]. In his own words:

“The greater the number of people who find any idea correct, the more the idea will be correct…We will use the actions of others to decide on proper behavior for ourselves, especially when we view those others as similar to ourselves”.

It’s also known as herd mentality or groupthink, where we assume an action is appropriate because others are performing it.

Consider this: How many times have you retweeted a tweet that already had thousands of retweets?

“When a social media post reaches a certain level of popularity —it is likely to get shares from individuals who are more influenced by the number of likes than the content itself,”

says Julia Markle, the head of digital content at ClothingRIC[6].

Virality on the internet is most often random and spontaneous. But sometimes it is by design. In a paper published by the University of Cambridge[7], the famous ALS Ice Bucket Challenge was dubbed as “viral altruism”.

Social psychologist Dr. Sander van der Linden described some key psychological factors that cause such trends to catch fire. Among these is the power of social norms, in particular the attraction of joining a social consensus and the aspiration to conform to prosocial behavior, a clear moral incentive to act, and the need for a “warm glow”: the emotional benefit that’s gained from feeling compassionate.

The ALS Ice Bucket Challenge[8] appealed to people’s good side and this made it widely successful. Its virality resulted in $220 million being raised for battling the disease. However, not all similar challenges that go viral have a charitable aspect.

For instance, the “Don’t Rush Challenge” wasn’t for a greater cause but became popular as it allowed people to come together and build a connection by mimicking a popular behavior.

What makes the Ice Bucket Challenge special is that it demonstrated how internet virality can be harnessed and used to inspire action. Of course, this is easier said than done for brands.

The internet is filled with listicles that guide brands in crafting viral content. But having well-designed infographics, solid backlinks, and hiring influencers don’t always drive a flood of visitors to your website[9].

It’s important that along with covering the basics, you keep one important factor into consideration; authenticity. From the Hit or Miss video to Old Town Road and ALS Ice Bucket Challenge —all these popular trends were raw and genuine.

Considering this, brands should create content that fosters human connection. Almost all individuals who’ve studied virality believe “being involved in something big” motivates people to share content and participate in challenges. So whether you hit or miss, there’s no harm in spreading your word through genuine content that’s designed to go viral.

But don’t make the mistake of creating something that’s a blatant attempt to cash in on the internet culture. Millennials and Gen Z in particular will be especially hostile towards any such effort.

Evelyn Johnson is a full-time cat lady and a part-time blogger. She writes about digital marketing, technology, social issues, and pretty much anything that’s in the now. Evelyn can be found on Twitter @EvelynJohns0n[10].

The Ultimate SEO Tutorial for 2020 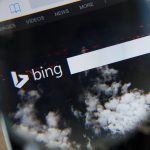